How to understand what is the number of licenses we need

Allure TestOps' license is issued for a named user, i.e. each person registered in the system requires a license. Even if a person logs in to the system once per week, this person consumes one license. Licenses aren't distributed or shared between users.
We have so-called authorities in our system, these are ROLE_ADMIN, ROLE_USER, ROLE_AUDITOR.

Authority defines the rights related to access to different areas of the deployed instance.

The current status of the license consumption is accessible here:https://ALLURE_TESTOPS/admin/license
This page can be accessed only by a person with ROLE_ADMIN authority. 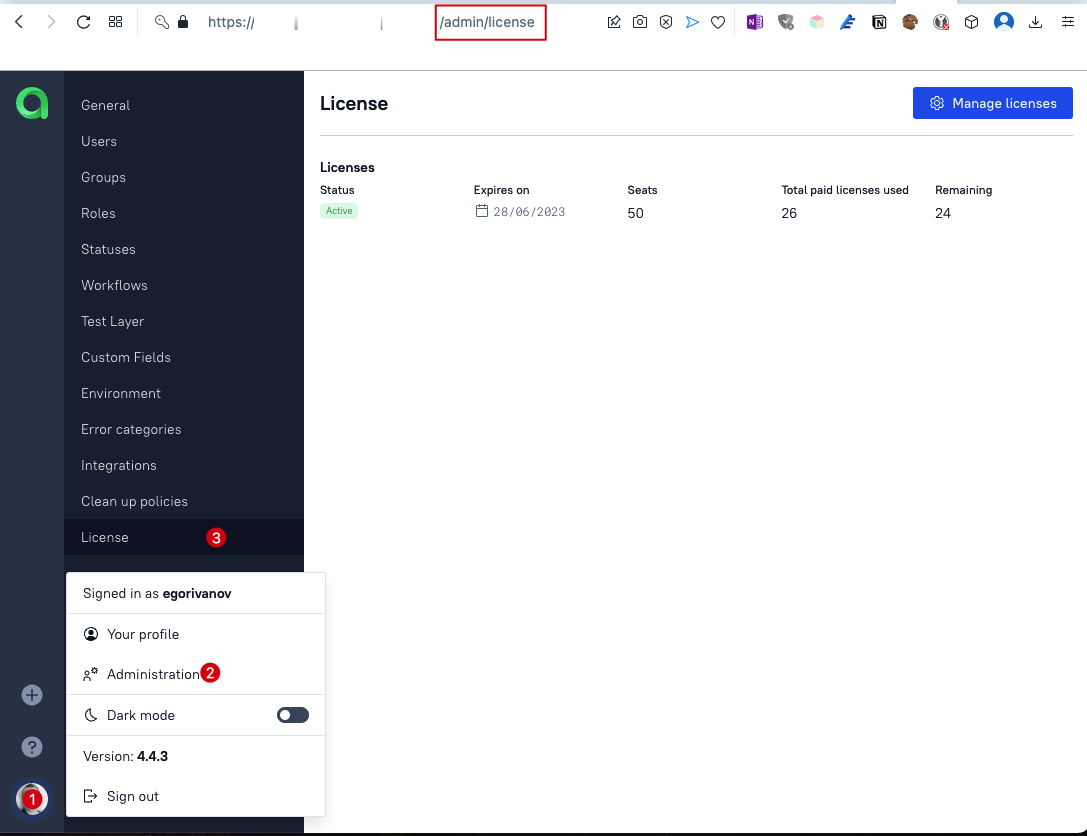 Was this article helpful?

Thank you for your feedback

Sorry! We couldn't be helpful

Thank you for your feedback

We appreciate your effort and will try to fix the article

Articles in this folder -